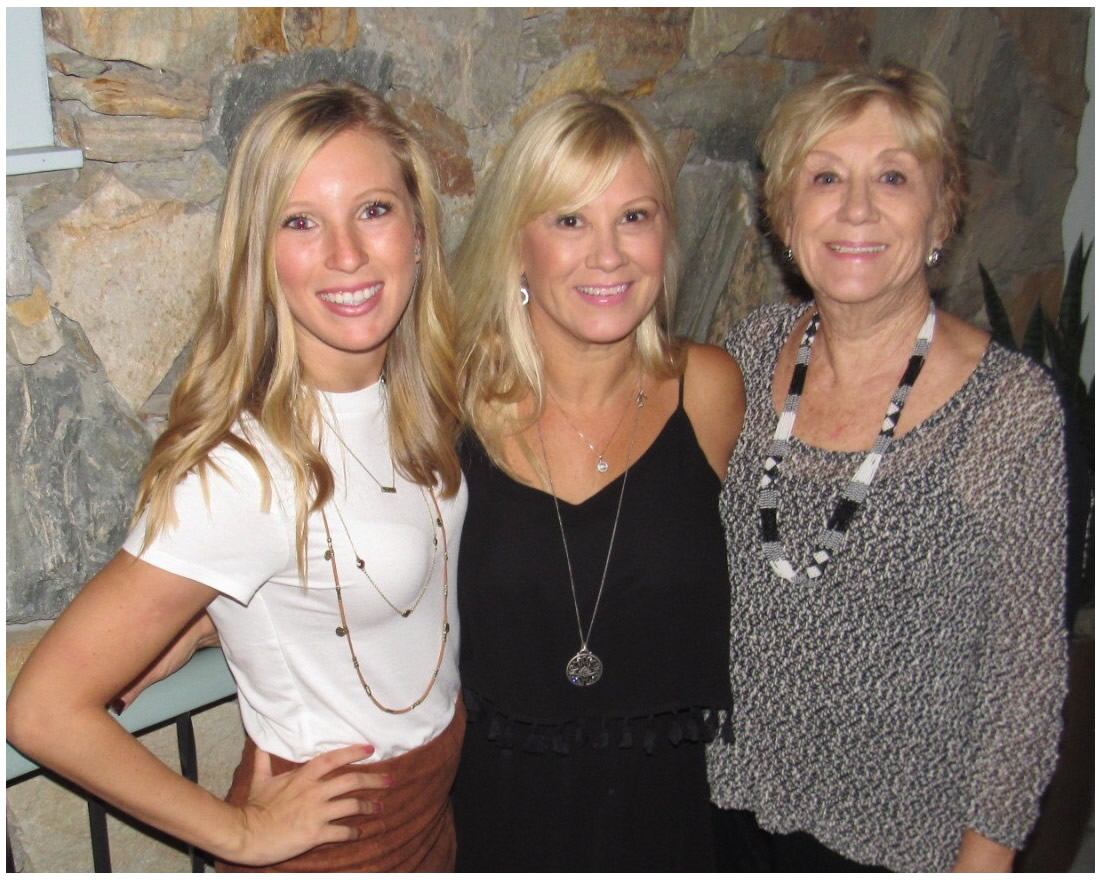 Jackie Lynn (right) – Founder-Director of Kaye-Lynne Dance Studio established in 1955. Miss Lynn has taught thousands of children in all forms of dance throughout her career. She has given her pupils knowledge, confidence, self-respect and a positive feeling in the world of dance.

Robin Kaye, a graduate of JP Stevens High School – 1980, is the co-owner and Director of Kaye-Lynn Dance Studios which is a professional, non-recital dance studio, with over fifty years of family-run dance training located in Edison & East Brunswick. Robin is the Director-Choreographer of the award winning Encore Ensemble Dance Company, established in 1983. Her goal has always been to provide parents and children with the best dance education under the guidance and knowledge of her highly trained, professional staff and teachers.

Jasi Lynn – The third generation teacher. Jasi has studied dance under the direction of her grandmother and mother since she was three. Jasi in now following in the footsteps and passing along her love and passion of teaching and dance.

Miss Julie started dancing with Kaye-Lynn Dance Studio at the age of 3. She was member of the New Jersey Dance Theater Guild Ballet Company for 10 years in which she performed in many dance productions including the annual production of the Nutcracker.

Taylor graduated from Montclair State University with a Bachelor’s degree in Public Health and a minor in dance. Taylor has been dancing since the age of four, and performed in the Macy’s Thanksgiving Day Parade in 2005. She was a competition dancer for over 10 years, and has attended dance conventions including Company Dance, The Pulse, Monsters of Hip hop, Tap City, and The Big Apple Tap Festival. Taylor’s favorite style of dance is tap, but she is also trained in ballet, modern, theater, contemporary/lyrical, hip hop and jazz. She was the dance captain of Montclair State Dance Company and loves to teach!

Jessica has been dancing since the age of three. She comes from a strong background in both dance and gymnastics. She was a competitive dancer and cheerleader through her school aged years. Jessica has an MSW from University of Southern California. She strives to share her love of dance to children of all ages.

Kayla is a recent graduate from the American Musical and Dramatic Academy with a BFA in Musical theatre. She has been dancing since she was two years and started doing musical theatre since she was 9. Recently Kayla has done some background work for Netflix  and some dance  videos in New York City ! She is so grateful and excited to be part of the Kaye-Lynn dance studio family!

Sarah Golembo is a second-year at Rutgers University, a part of their D1A competition and game day dance team. She is an alumni of The Dance Factory in Glassboro, New Jersey where she has been dancing since she was three. Sarah has studied many different styles including jazz, contemporary, hip hop, tap, ballet, pom and many more!

Since graduating from Mason Gross, MaryAlice has worked professionally in both the concert and commercial dance worlds. She continues her dance training by taking classes in New York City and Los Angeles at institutions such as Broadway Dance Center and Debbie Reynolds Legacy Studios. MaryAlice keeps her competitive edge by continuing to dance competitively in dance competitions like Defining Rhythm Hip-Hop Dance Competition.

MaryAlice is a role-model for her students as she leads by example in the dance classroom, also encouraging and influencing them to be confident and positive human beings. She strives to instill her love of dance with her students in hopes that it will carry them through their lives with self-assurance, discipline, and perseverance.

BrieAnna Serafin is a current student at Rutgers University- Mason Gross School of the Arts where she is pursuing her BFA/EdM degree in Dance Education. She graduated from the OCVTS Performing Arts Academy in Lakehurst, NJ where she was a dance major studying in the styles of ballet, modern, and jazz. She also trained for 15 years at Dance Concepts Dance Studio under the direction of Jill Kamback where she trained in ballet, tap, jazz, contemporary, hip hop and pointe. This past summer she trained and interned with Klassic Contemporary Ballet Company under the direction of Kimberly D. Landle in Philadelphia and recently performed with The company in the 2018 Philadelphia Fringe Arts Festival.

Emily Cornish is a fourth-year BFA Dance Major and is pursuing the EdM (Master’s in Dance Education) at Mason Gross School of the Arts at Rutgers University. She has been dancing since age 3 from many different dance studios around New Jersey. She mainly studied under Mea Pangia, Bridget Fluder, and Erika Mero. At Rutgers, she has been in pieces choreographed by Merli Guerra, Ani Javian, John Evans and Kim Elliot. She has also completed the Reformer Polestar Pilates training through Rutgers University. She has also gone through Lila Flow Yoga to achieve her Pilates Mat certification. Once she graduates, she hopes to inspire generations of dancers to love dance as much as she does.

Nancy has been an accomplished teacher and choreographer with Kaye-Lynn Dance Studio for over 10 years.
She attended Montclair State University with a minor in dance and was a member of the NY Knicks City Dancers!
Most recently she has performed and choreographed throughout the states and overseas with Defected Records in the UK.

Rachel Stanislawczyk began her dance training at Kaye Lynn Dance Studio! From there, Rachel became a plus student at American Repertory Ballet’s Princeton Ballet School. She continued her studies at the Middlesex County School of Performing Arts where she performed in several works by Cleo Mack. This spring, Rachel graduated with a BFA in Dance and Choreography from Virginia Commonwealth University. She is a proud recipient of VCU’s Academic Achievement Award, the VCU Arts Dean’s Renewable Scholarship, and the VCU Dance Department’s Outstanding Service Award.

Heather Favretto obtained her BFA in Dance from Mason Gross School of Arts at Rutgers University. She is the founder and co-artistic director of Glitterati. Her choreography has been presented at DTW’s performance lab, H.T. Chen’s NewSteps Series, Hatch, Triskelion Arts Center, NJPAC’s Dance Jam, Rutgers University, Connecticut College, The Outlet Project and at several concerts in and around the greater New York area.